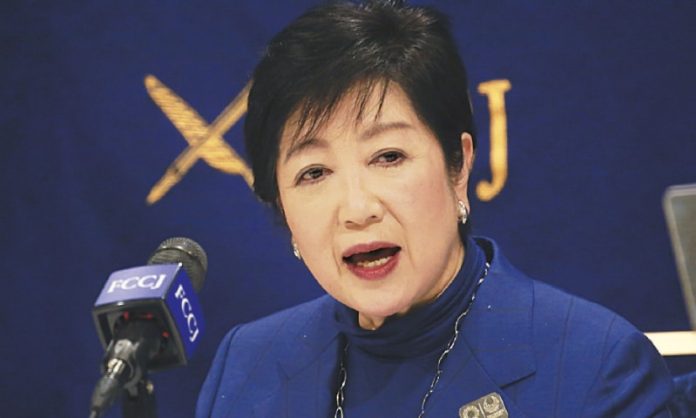 Japan has experienced an uptick of the infections this month with a nationwide daily total exceeding 2,000 as the government tries to balance preventive measures and business activity without further hurting the pandemic-hit economy.

“As the host city, I’m determined to achieve the games whatever it takes,” Koike told a news conference in Tokyo on Tuesday.

Her comment comes a week after International Olympic Committee President Thomas Bach’s visit to Tokyo, where he held a series of talks with Japanese Olympic officials, including Koike, to showcase their determination to pull off the games.

Koike said widespread use of masks among the Japanese is one of most effective safety measures that have spared Japan from the high rate of infections that have taken place in the United States and Europe.

“Many Japanese used them as moral duty in trying to cooperate in disease prevention efforts,” she said.

The recent steady climb in cases, however, could call into question plans to hold the Olympics. Bach said participants and athletes would be encouraged to get vaccinated in order to protect the Japanese public, but it is unclear how that would be addressed if cases surge in the host country.

Koike has met with Prime Minister Yoshihide Suga to discuss how to mitigate the recent resurgence of infections. Tokyo’s daily cases have also spiked in recent weeks.

Suga on Sunday announced a decision to partially suspend the government’s GoTo campaign that encourages travel and eating out with discounts to support the pandemic-hit businesses, after a wave of criticisms that his government was too slow to take steps despite experts’ repeated calls for government action.

Japan, during its seven-week state of emergency in April and May, had non-binding stay-home and business closure requests but still did better than many other countries.

Koike, meanwhile, said that the best case scenario for the Olympics is to have venues full of spectators.Koike said organisers were still hopeful venues could be filled with spectators when the Olympics begin in July.

“The best-case scenario … would be when all athletes from all countries come here in safety and with peace of mind and the Olympics can, as in previous years, be held with full spectators present as well,” said Koike.

The Japanese government is preparing to pause the travel campaign in Osaka and Sapporo following sharp rises in Covid-19 cases, the minister handling the government’s Covid-19 response said on Tuesday. 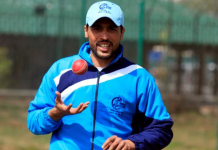 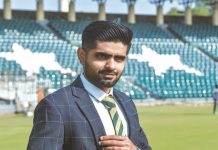 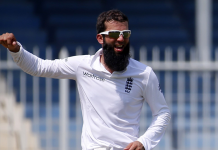 We are happy to be in Pakistan and will play competitive...