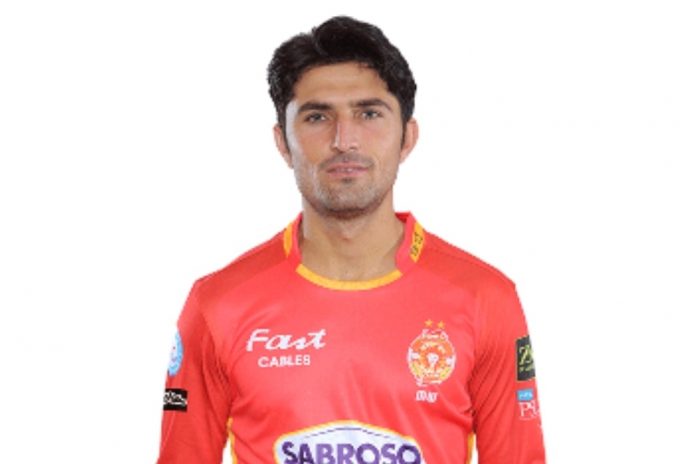 KARACHI: Aim high and shoot for the stars is the basic lesson for emerging stars and Islamabad United’s paceman Mohammad Wasim seems to be following the notion during the HBL Pakistan Super League.

The 19-year-old wants to represent Pakistan at the highest level as an all-rounder. He had an impressive beginning with the ball in hand, but haven’t had the opportunity to display his batting skills because of a deep batting line-up which United, the two-time champion side, boasts.

“I want to be an all-rounder for Pakistan and make my name at international level,” he said.

To achieve his goal, Wasim has made rapid strides. The journey started with tape-ball cricket in North Waziristan in early 2011 and took a real flight once he shifted to Peshawar and trained with hard ball.

“It was tough,” remembers Wasim. “There were very few opportunities in Waziristan. My father did not want me to play cricket, but my uncle supported me and then friends helped me in my progress.”

He was included in Pakistan squad for the ICC Under-19 Cricket World Cup in 2020. In the opening match against Scotland, Wasim claimed a five-wicket haul.

“I was lucky to get selected for the junior World Cup. It was a great experience for me,” reminisces Wasim.

Wasim says he is lucky to be playing with Pakistan internationals like Hasan Ali and Shadab Khan and is eager to learn from their wealth of experience. “Islamabad United are too good. We have top-players in Hasan Ali and skipper Shadab Khan. They are all too good and their presence is helping me a great deal.”

Wasim got an ideal start in the tournament. He took three for 29 in four overs against Multan Sultans in his sides first match of the season after going for 10 runs in his first over.

He accounted for Sohaib Maqsood, Mohammad Rizwan and Shahid Afridi the last being a first-ball duck.

Wasim’s ultimate goal is to be the best emerging player in the HBL PSL 6 and then play for Pakistan.