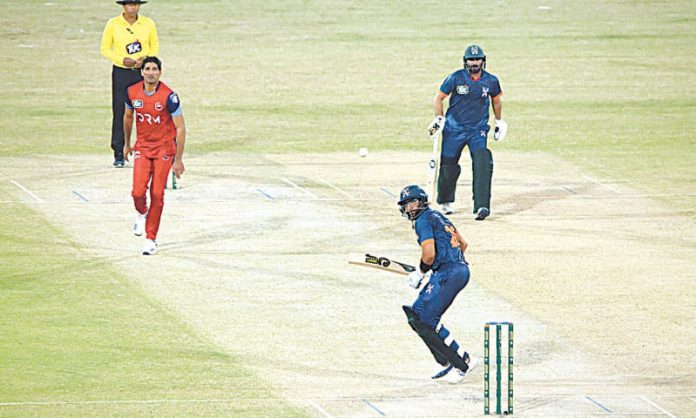 KARACHI: It was a night of another stroll in the park for defending champions Northern as they cruised to an effortless seven-wicket drubbing over Balochistan in the final First XI fixture of the Multan leg late on Tuesday.

The outcome at the Multan Cricket Stadium was inevitable despite the fact that Northern not only tinkered with their playing XI but also effected changes to their batting order. The champions duly completed their fifth success on the trot to extend their unbeaten sequence to a remarkable 10 victories, including the last five of the 2019-20 season.

Mohammad Amir, making his second appearance in the ongoing competition after being granted leave, grabbed a couple of wickets. The Pakistan left-armer registered a notable milestone upfront when he had Imam-ul-Haq by Northern skipper Shadab Khan for three. It was the 28-year-old’s 200th wicket in 168 T20 games.

Veteran Sohail Tanvir marked his recall to the side — after being rested from the previous fixture — with tidy figures of 2-20 as Balochistan were curtailed to 156-6 after captain Haris Sohail opted to bat first upon winning the toss.

Haris, in fact, continued his consistent run-making form to notch up his second half-century in the space of three matches.

But apart from Haris, who scored 51 from 41 deliveries with the aid of four boundaries and a brace of sixes, only Akbar-ur-Rehman managed to cross 30. Akbar (38 off 32 balls, two sixes and two fours) helped his skipper resurrect the innings after Balochistan had slumped to 28-3 at the start of the fifth over.

The partnership between Haris and Akbar was worth 83 before they were separated when the skipper was run out in the 15th over. Akbar and the big-hitting Amad Butt (18 off 15 balls) perished in the space of four balls to leave Balochistan down in the mire.

Northern, in response to the modest chase, were home in the 18th over. Rohail Nazir then cashed in on the rare opportunity to bat up the order as the teenaged wicket-keeper/batsman made 42 off 27 balls while striking five boundaries and a six until he was stumped by Bismillah Khan off leg-spinner Yasir Shah.

Rohail, who was declared man-of-the-match, helped Umar Amin, who scored a 25-ball 30 (six boundaries) at the top of the order, share a second-wicket stand of 52.

Asif Ali, the out-of-favour Pakistan right-hander, and Hammad Azam put on 72 for the unbroken fourth-wicket partnership. Asif banged three sixes and two fours in scoring a 30-ball 41 while Hammad hit four fours in his 23-ball contribution of 30.

After a two-day break the First XI action will commence at the Pindi Cricket Stadium in Rawalpindi from Friday with Northern taking on Central Punjab in the opening match, followed by the Sindh-Southern Punjab clash later in the evening. 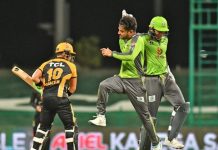 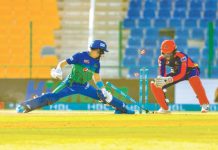 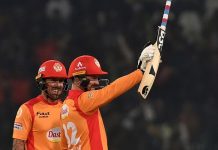 Tendulkar recalls he fielded for Pakistan before his India debut