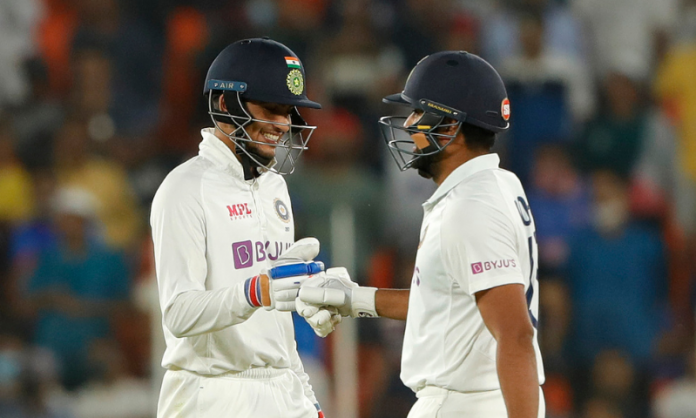 India on Thursday completed an emphatic 10 wicket win over England in their day-night Test in a rare victory inside two days.

Spinner Axar Patel took 11 wickets over two innings as India outplayed their rivals in all departments to take a 2-1 lead in the four-match series.

Rohit Sharma hit a six to see India to their meagre second innings target of 49 without losing a wicket in the world’s biggest cricket stadium in Ahmedabad.

Spinners ruled the contest claiming 28 of the 30 wickets that fell on the viciously turning track.

It was only the second Test in India’s cricket history to end in two days.

The last was India’s thrashing of Afghanistan on their Test debut in Bangalore in 2018 and there have been less than 25 in Test history.

England’s last two-day Test was when they beat West Indies at Headingly in 2000.

But this time they were skittled for 112 and 81 and Patel has now taken at least five wickets in three of the last four innings of the series. India scored 145 in their first innings.

Patel was brilliantly supported by Ravichandran Ashwin who went past 400 Test scalps in England’s second innings after he trapped Jofra Archer lbw for nought.

Ashwin claimed seven wickets in the match and said after that the home side had “bowled beautifully” throughout.

The fourth match begins on March 4 at the same venue.

Young Wasim aiming for the top

FIFA Club World Cup to be held in Qatar